I bought this effect about a couple of years ago, and I have to say that I have not yet discovered and eviscerated all its features.

It might be a good thing, but these days when the craving to have the perfect sound instantly takes over, it certainly isn’t.

It indeed came out in 2011, probably at the time, there was less haste in doing things.

At first glance, you could say that it is an expensive pedal for people who have inherent in their character a certain amount of patience and desire to experiment … in short, a “Zen” pedal perfect for certain “music monks” mentioned in a previous article of mine.

It must be said that EH at the time the effect came out did not work so hard to help the buyer.

Included in the package (and downloadable via web), there is a rather skimpy 4-page manual, which says just the 6 + 6 knobs’ functions and suggests some standard-setting.

It is not a pedal exclusively for guitar, it can also be used for bass and, being stereo, to modify and unhinge keyboards, drum machines and other sound generators.

On the left side of the box, we find a 6.5 input jack, an input for the expression pedal and a send output.

On the right side two output jacks L (mono)/R and a return input. Send and return to give you the ability to link other effects that act between the effect preamp and the filter section.

Six knobs stand out on the front panel and two switches at the bottom complete this pedal’s equipment.

However, I am not interested in explaining how it works, you can find on the EHX website all the necessary information about what it does a knob and why. Lately, EH has made some of the possibilities that this pedal gives a little clearer.

So, what are we talking about?

Let’s try to understand why you should use this pedal.

If you are wah lovers but don’t want to be in the classic wah sound, if you want it to be fully customizable and give you the chance to be both a touch wah and a traditional wah controllable with an expression pedal, that’s for you.

The wah has been eviscerated by myriad guitarists throughout its history.

We can talk about Jimi Hendrix who has revealed its secrets and made creative use of it using it in the solo parts and in very powerful rhythmics.

It is an indispensable accessory for most of the classic funky guitar rhythmics. Mick Ronson kept it almost always inserted by stopping the pedal where the eq was more appropriate to his needs and left it parked there.

He used it more like a parametric eq, a mid-boost that literally made his guitar sing, just to name a few.

When you take a wah, don’t think about inventing something new then. Too many before you have thought about it.

The STM, however, provides a few more weapons to your arsenal.

In addition to the filter section, there is also a fuzz in the big-muff style that can give your tone an extra boost, allowing you to even get to extreme sounds that, used every now and then, are great.

A knob, in my opinion fundamental (and that should be present in all pedal effects), is BLEND.

As the word says, it’s a knob that allows us to mix the guitar’s direct sound with the processed sound, which is very useful if you just want to give a “shadow” of wah to your sound, to move it a little.

The “VOICE” knob allows you to select the filter formant. It allows you to sound very similar to the classic Talk Boxes used by our loved ones Peter Frampton, David Gilmour, Jeff Beck, Steely Dan, etc…

However, this box avoids the use of a rubber tube, attached to a microphone that brings the “mouth processed” sound to the PA.

I know the end result is not the same, but given the frequency of use of such an effect, and the complications due to the amount of external equipment needed to achieve a decent sound, I think is an acceptable compromise.

The preset section also allows storing 9 sounds to customize and recall them with the “PRESET” switch when needed.

I think this pedal is like when you buy a nice LP. You don’t like everything right away but listening to it carefully and doing a bit of research can find hidden pearls that could give your tone a boost that you wouldn’t be able to get by following other paths.

Be Zen then… (not Zed… Zed’s dead) work on it patiently, and you will be surprised by the vastness of the colour palette with which you’ll be able to customize your tone. 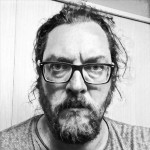 Producer, composer, sound manipulator and guitarist Born in 1970, he is still alive, co-founder of The Psychophonic Nurse project. Founder of the band tHE mÜRGEN

Orange Terror ST/AMP the review.. the real one

By Luca Candellero 2 years ago

Will my sound leave a mark?