Streaming and royalties have reached a critical point because the incredible rise of the former does not correspond to an adequate correspondence of the latter.

Music streaming has changed the world. “It’s time for record companies to change too.” According to a BMG spokesman, it’s time to discuss Artists and Managers, but without prejudice.

Why do record companies act the old way?

In digital times, where record companies can no longer charge printing, warehouse and shipping costs, how would it be correct to share the proceeds of royalties?

The issue was raised in Germany, where a group of artists, including Helene Fischer (more than 15 million records worldwide, bestselling albums in Germany in 2013, 2014, 2015, 2017, and 2018), Rammstein and others, represented by own managers and lawyers decided it is high time to change this state of affairs.

In the past days, we were all distracted by the Grammys® ceremony, but the problem does not concern only the Big Stars but above all the multitude of artists who, thanks to the technological development and digital platforms, can safely bypass the Record Companies, which are increasingly on the way to a dinosaur fate.

Our Amy community is very careful and sensitive on the subject because we know well that the crumbs that Spotify and Apple reserve to others as royalties do not reflect reality, in the face of the huge revenues they collect. Not to mention YouTube.

The three world recording groups, Warner, BMG and Sony, cannot turn their heads the other way and continue as the old dynamics, children of the past century. The world changes and history teaches that whoever does not adapt is destined to disappear, instead of evolving.

Since the cultural and artistic value of the proposals of the new generations is enriched with more and more stimuli every day, it’s really time to update the economic consideration that belongs to a full-time job like that of the musician and the artist.

And you, what do you think of it?

If you want to deepen this topic, here’s some reference 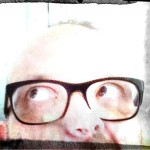 Will live music, concerts and festivals return in 2021?

By Sergio Curadi Naumann 3 weeks ago

Creative Passport by Imogen Heap, a jump into the future of music

By Sergio Curadi Naumann 1 month ago

WHAT IS “DICE” AND HOW IT WORKS, THE E-TICKETING APP

By Sergio Curadi Naumann 2 months ago

VR will influence the future of live music

By Sergio Curadi Naumann 2 months ago

Teaching Music online or offline? The impact of the Covid19 pandemic

By Stefano De Maco 3 months ago

The great illusion of streaming for 90% of artists

By Sergio Curadi Naumann 3 months ago

By Sergio Curadi Naumann 4 months ago

By Sergio Curadi Naumann 4 months ago

By Sergio Curadi Naumann 5 months ago

A Visual Evolution of The Chemical Brothers

By Sergio Curadi Naumann 6 months ago

Producer, composer, sound manipulator and guitarist Born in 1970, he is still alive, co-founder of The Psychophonic Nurse project. Founder of the band The MÜRGEN

We use cookies to ensure that we give you the best experience on our website. If you continue to use this site we will assume that you are happy with it.Ok
This site uses cookies: Find out more.